I'm not sure whether I'll remember the beautiful sunset more vividly or the bone-chilling wind.  We reached Clingman's Dome just in time to take in this gorgeous, multi-colored sky as the sun slipped down below the horizon. 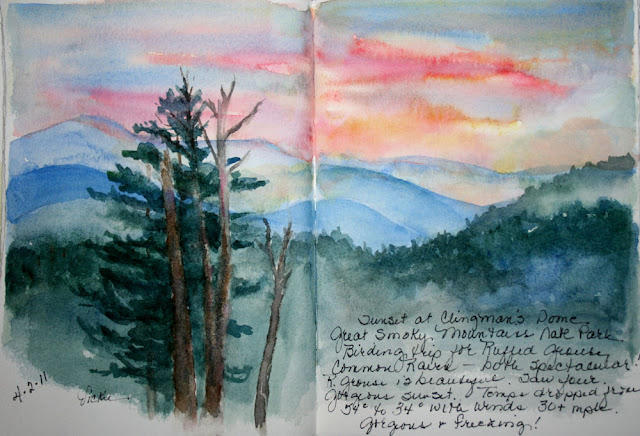 Earlier, as we wound our way up the mountain watching for Ruffed Grouse, we also watched the thermostat plummet from 54 degrees F to 34 degrees.  Add to that, the winds at Clingman's Dome overlook parking area were strong enough to lift you off your feet.  That made for a very cold wind chill, somewhere in the 20's.

We were a group of six birders, with the goal of finding Ruffed Grouse and Saw-whet owls in the dusk hours.  The Ruffed Grouse made a wonderful showing.  We encountered four altogether, males with striking rust and white markings.  One flew up to a low branch, showing his flared, rufous tail with solid dark terminal band.

The wind, however, guaranteed we would hear no owls.  Its roar through the trees sounded like crashing waves.  But the effort brought us in view of the night sky--spectacular, crystal clear and jam-packed with brilliant stars.  Every bit of it worth all the shivering.

Creating a quick sketch like the one above just wet my appetite and made me want to practice making sunset skies, mountain ridge shapes, and using my rigger brush to capture the lop-sided fir limbs better.  We'll see what time allows.  The sketch is right there in my sketchbook waiting to inspire.
Share |
Posted by Vickie at 10:08 PM 2 comments

A Glimpse of a Wintering Visitor--Northern Harrier

Northern Harriers are among my favorite raptors.  They caught my attention many years ago when I lived in a rural area of east Tennessee with plenty of open fields dotting the landscape.  Several Northern Harriers wintered-over in the area and provided me with daily opportunities to observe their behavior. 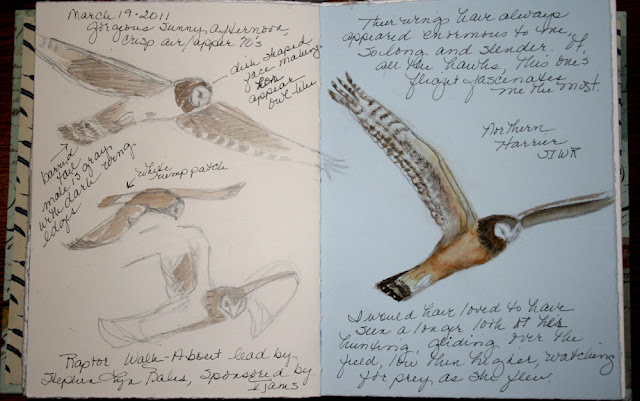 In the morning I would often see them as they flew out from their roost at early light.  And in the evening, like clock-work, they would return for one last hunt before dusk.  Harriers roost on the ground in grassy fields, so I suspected that the roost being used was either in our field or one adjacent to the property. 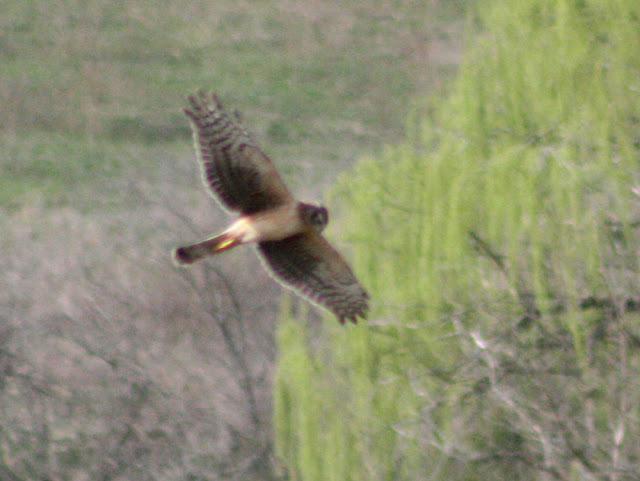 The Northern Harrier pictured above was seen at Seven Islands Wildlife Refuge during a March nature "Walk-about" sponsored by Ijams Nature Center and interpreted by Stephen Lyn Bales on March 19th.  Like a wished-for celebrity, this female Northern Harrier made an appearance and glided gracefully over the grasses in search of prey. 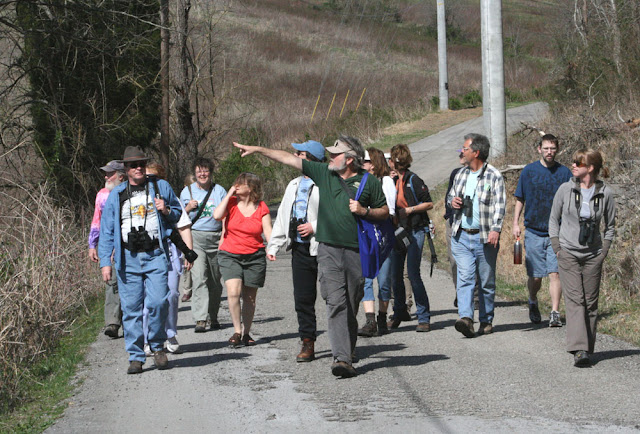 Harriers winter over in Tennessee, arriving in the fall and departing sometime in early April for breeding grounds in the northern states and Canada.  A slim hawk that glides and tilts low over the ground as it hunts, it is one of the few hawks that can hover in place while it hons in on its prey.   Their wings are held in a dihedral position, slightly above horizontal, as they glide.  It is this posture and flight pattern, as well as, its white rump patch,  that make this hawk easy to distinguish from other raptor species.

Below, an earlier encounter with a Northern Harrier at Necedah National Wildlife Refuge, WI, in 2009. 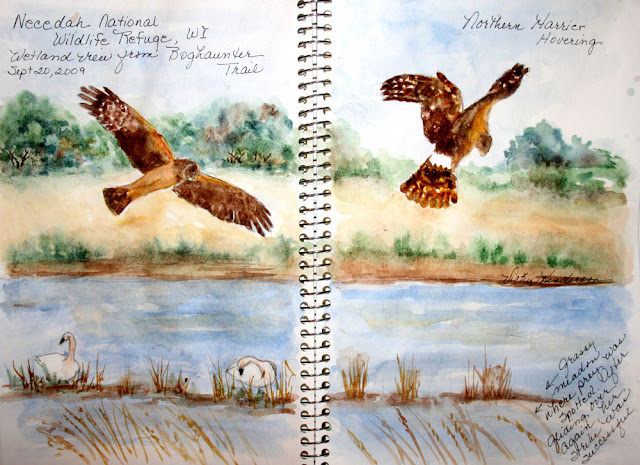 Links and References:
Seven Islands Wildlife Refuge and my article on Bird Banding at SIWR
Ijams Nature Center Walk-Abouts
Northern Harrier in Wisconsin
Share |
Posted by Vickie at 9:09 AM 0 comments 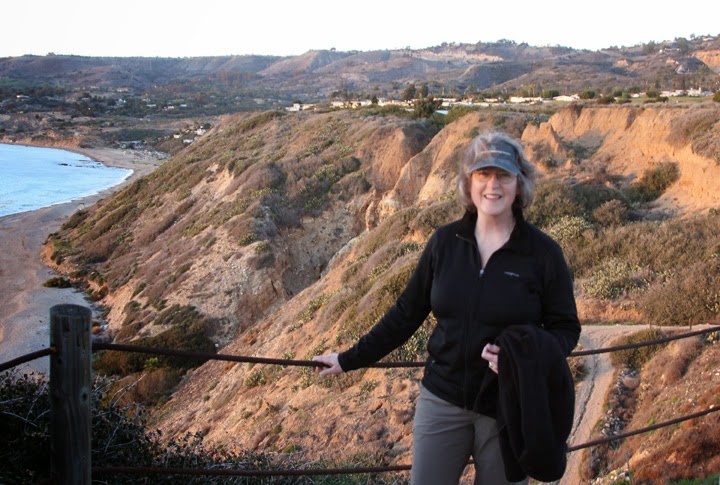 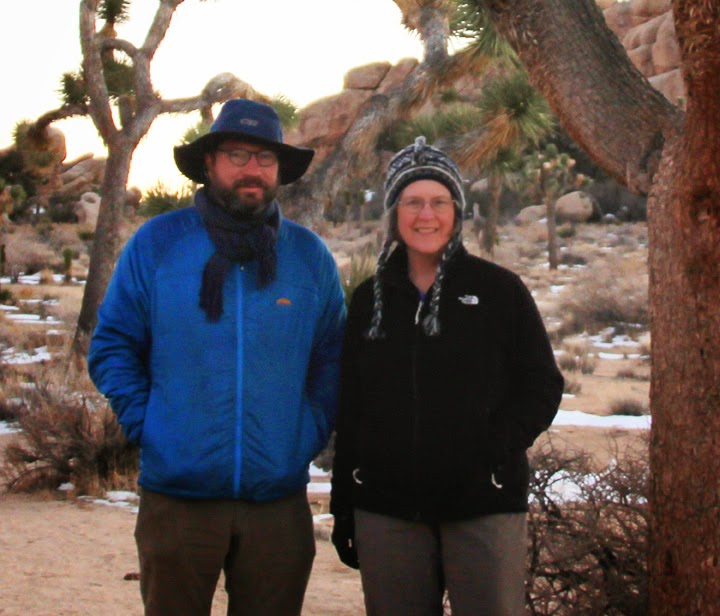 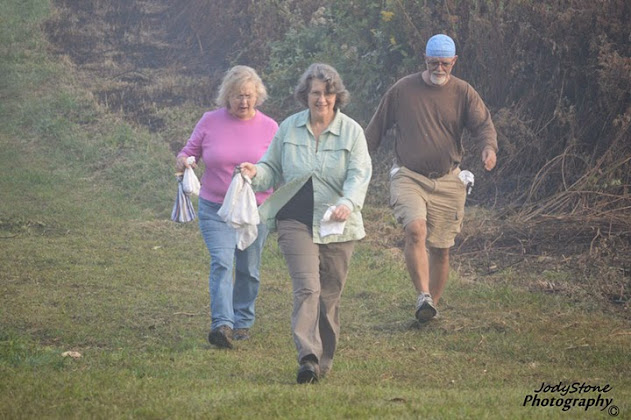 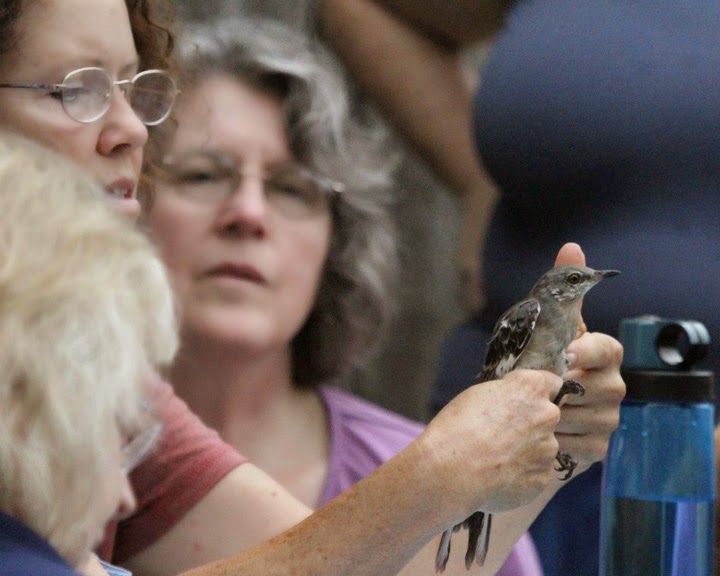 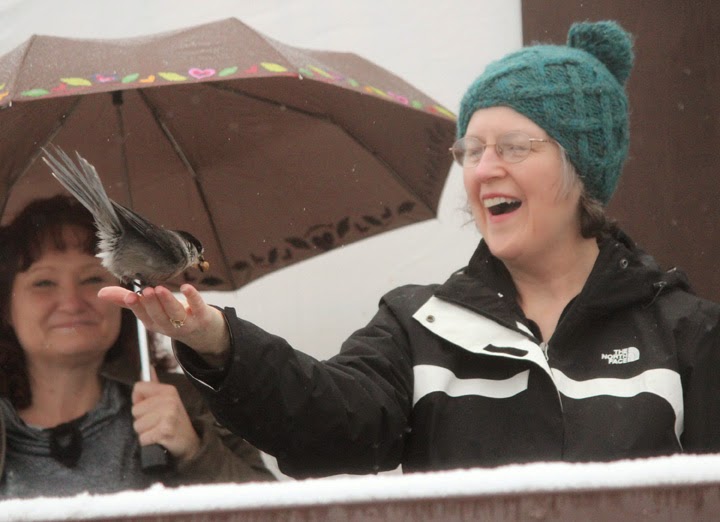 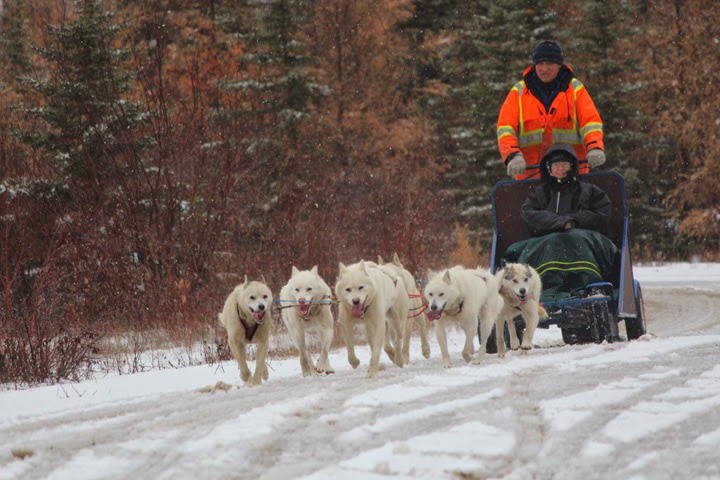 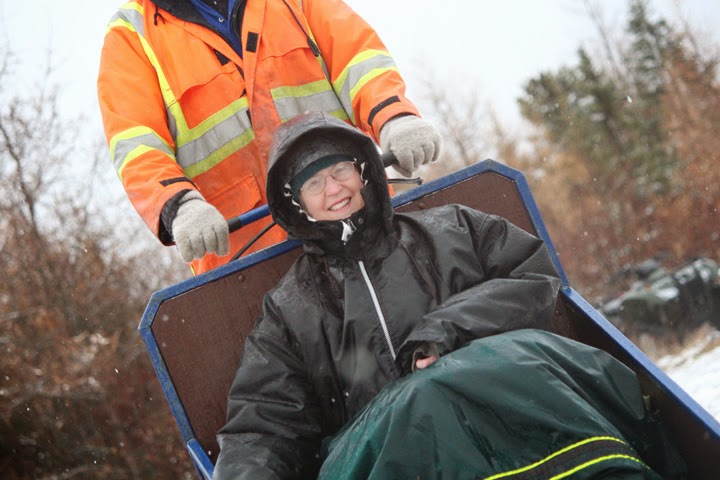 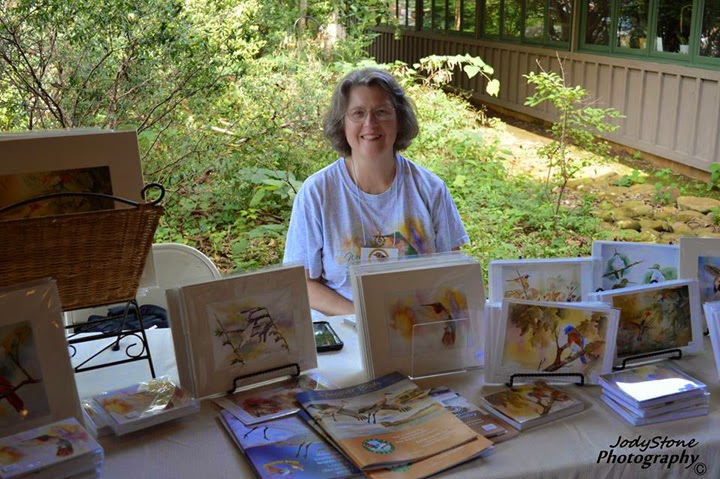 Smithsonian National Zoo with one of my Whooping Crane art banners and son, John--2014 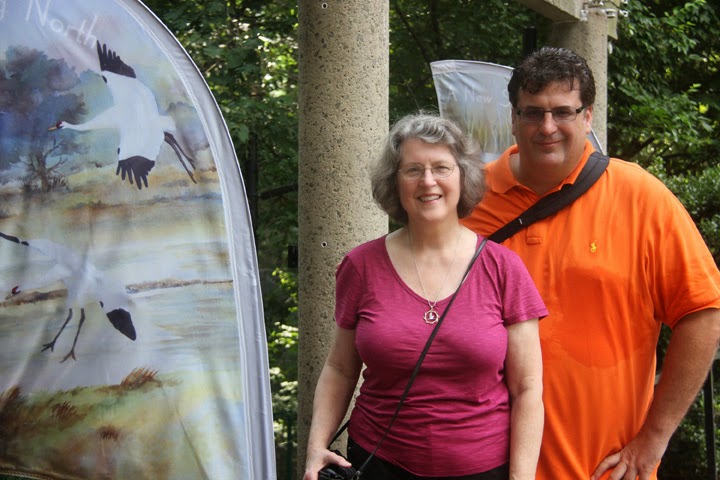 Muir Woods on the Dipsea Trail at Stinson Beach, California--2014 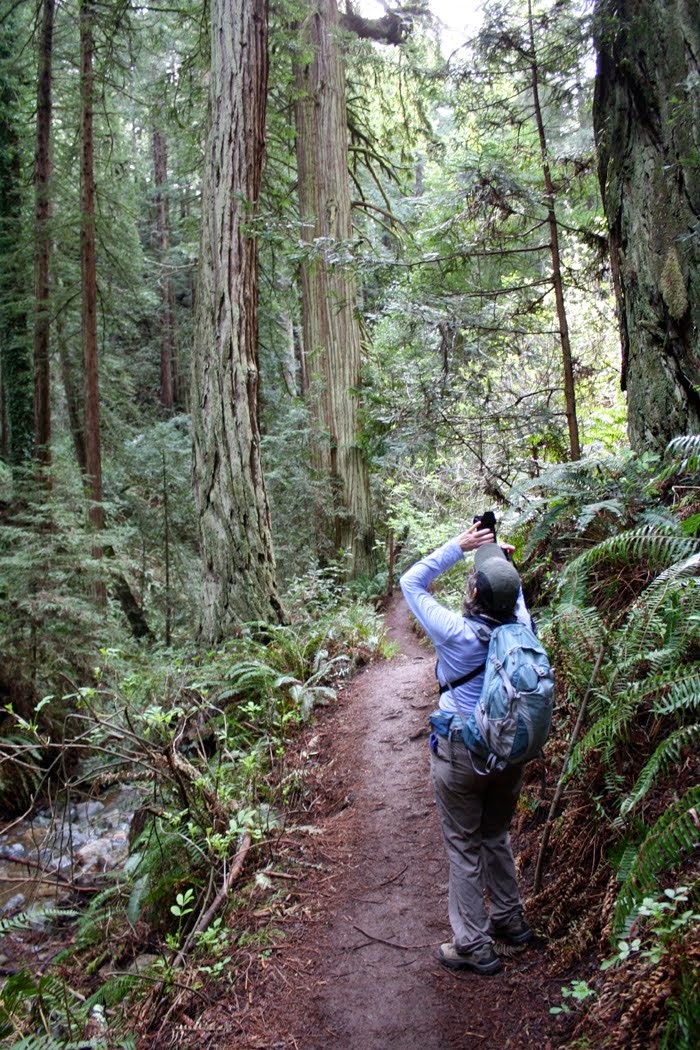 Checking out the gulls at Stinson Beach--2014 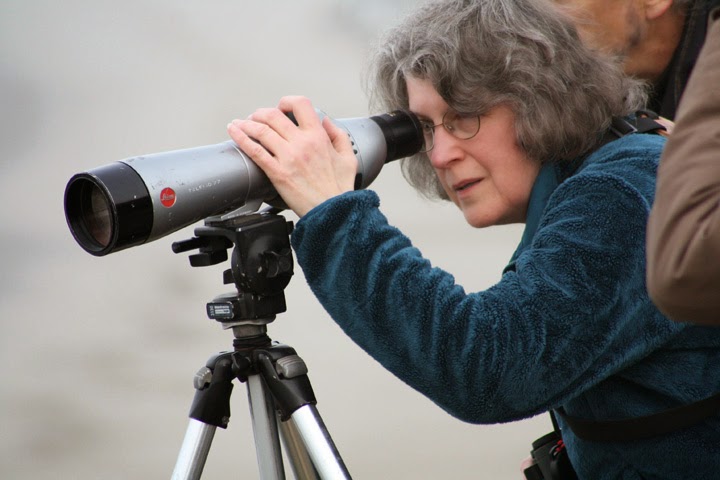 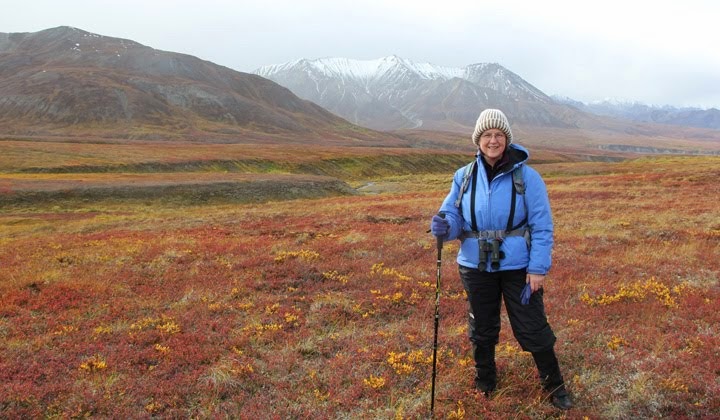 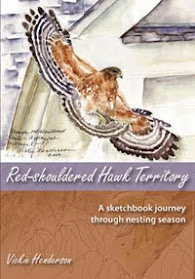 My Red-shouldered Hawk Sketchbook in print! Click the image to find out more! 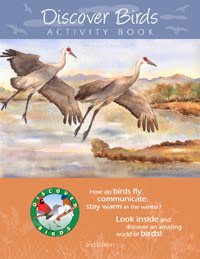 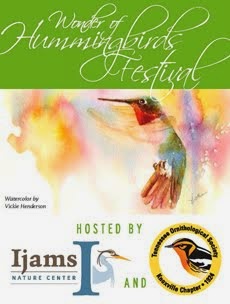 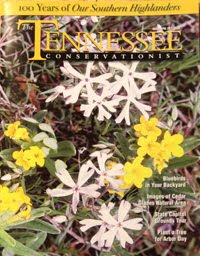 Enjoy "Bluebirds in Your Backyard" in the March/April issue of the Tennessee Conservationist. 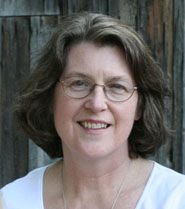 Welcome to my Sketchbook!

A sketchbook is a journey into seeing, a place for your heart to come right out onto paper. Is it any wonder we shrink back and hesitate? But here’s one little-known artist's secret--all you have to do is show up, dig in, and get started. The rest will just happen! Sound like a bit of magic? It is. Bring along your sketchbook and join me. See what you discover!
For more information about my art, visit my "More About Me" page. 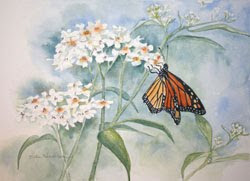 ©2010-2019, Vickie Henderson
Thank you for your interest and for sharing this site with others. All photos, art and text are the original work of the author and cannot be reproduced without written consent. 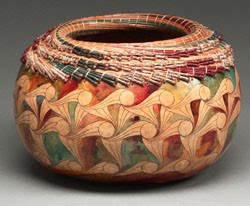 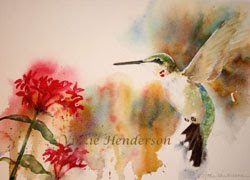 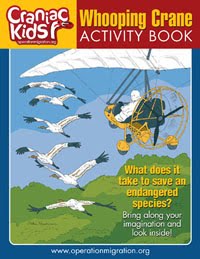 Take a look inside and learn how to get these Whooping Crane Activity Books free for kids! 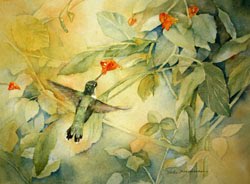 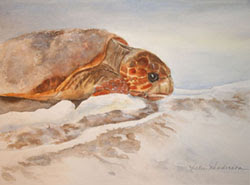 You can also find me blogging on Sketching in Nature, an award-winning, international blog of artists who celebrate nature with art! 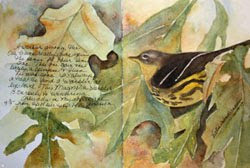 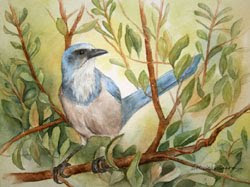